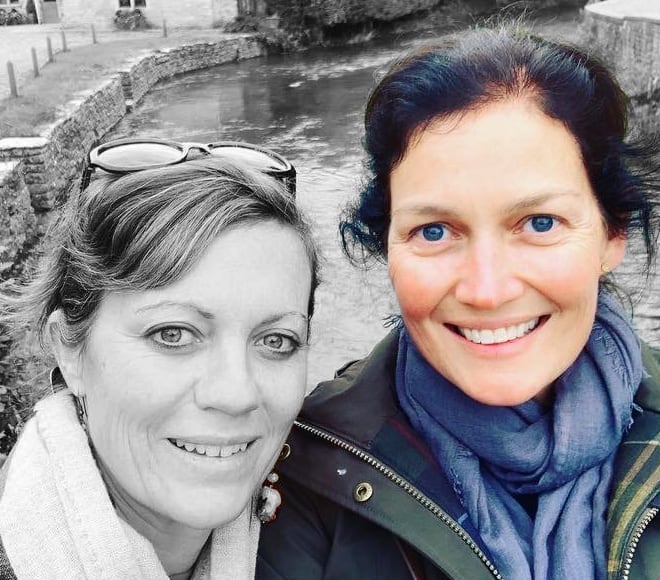 Carolyn was born and raised in New England, mostly in the state of Connecticut, by loving parents. She grew up alongside her brothers skiing in Vermont and enjoying time on Long Island Sound in the summer. Learning to love nature, she flew the coop and landed in Boulder, Colorado for her college years. Within the first month of college, she serendipitously ran into another college Freshman who would quickly become her best friend, Summer Wolff.

After living in Boulder for several years, she moved back to the East Coast with her husband-to-be and landed in New York City. There she became certified in the Pilates Method and taught for several years. Three kids later, and after a permanent move to Connecticut, she decided to shift gears and move into the wine world. She was hired at a local wine distributor, where she learned the ins and outs of the inner workings of the wine industry. The few years there introduced her to business and entrepreneurship which she fell in love with.

Following in the footsteps of her parents, both long time entrepreneurs, Carolyn started Hootananny Wines in 2019 as a wine import business, focused on importing natural wine from Europe. Summer and her husband Fabrizio were in need of a new importer in the US to sell their amazing Iuli wines to, continuing in markets who have followed them for years. Since the start of Hootananny, with Iuli putting her on the map, Hootananny Wines has grown and now has relationships with over 20 producers in Italy, Austria, and Slovenia.

Carolyn and Summer share a passion for all things natural in this world, and have a joint respect for the wines and farmers behind each and every wine they have the pleasure of importing through Hootananny Wines. 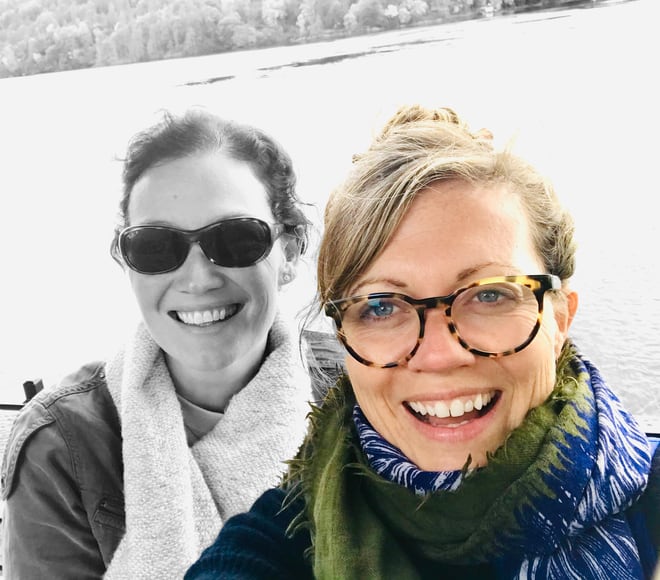 Summer was born in the wine making region of upstate New York, but grew up on the south shore of Long Island in the small town of East Hampton. Raised by a hippie generation mother who was ahead of her time; her childhood was about organic eating, respect for the environment, natural birth, and homemade everything. Her father was a landscape designer and much of their life also revolved about plants, trees and natural gardens. This ethos and lifestyle never left Summer, and she found her passion in food and natural wine. After studying Psychology and Italian at the University of Colorado, she travelled from Boulder to South Carolina, back to NYC and finally to Italy, working in various roles in the wine world starting as assistant sommelier, followed by wine director for an important LI restaurant group and wine consultant for private collectors.

Shortly after moving back to Italy, she met Fabrizio Iuli and his at the time unknown wines. She immediately fell in love with both his wines and the farmer himself. Her first import company was born the following year together with her WSET Advanced with honors certification.

After 12 years, having left the import business for a short break to focus on her her two sons with Fabrizio, Summer and her best friend decided to open a small import company to continue to get these wine families from one side of the ocean to the other, into the hands of the distributors, wholesalers and private clients that have grown to love these small brands originally imported by Summer 11 years ago.

Having lived on the Iuli organic farm in northern Italy since 2009, with constant friends, family and clients visiting from all over the world, Summer has found the balance she was looking for. Dividing her time between their farm - where have recently started a Waldorf school - her family, travel, and now this little passion project with her best friend which allows constant growth, creativity and helping the small farmer…