We met Aleks and Simona in 2009 at their farm. It was my first Slovenian experience, and I was immediately intoxicated by it all. Their wines were cutting edge for me at the time, and they were doing ‘orange’ way before anyone was talking about Gravner. I couldn’t understand why they weren’t more ‘well known’ or famous. Turns out they like it like that and want to keep it like that. A humble beautifuly tight knit family that does everything from the farming, butchering, running their agriturismo and restaurant to the wine making and promotion and sales. They are right across the street from Movia, another friend of all of ours, but at the same time a totally dichotomous situation. They are one of the most staunchly biodynamic farming families I’ve met, making all their own preparations and compost with the full biodynamic cycle. The Klinec family is what really set me out on a journey of exploration in this part of the world which has become my favorite EU country to eat and drink through… I often say that Slovenia is what Italy was a century ago before being somewhat ruined by turisim (at least in some regions)… Super small production, these wines are some of the absolute gems of the Hootananny book!

The Klinec family with commitment, passion and sacrifices has been producing wine for a century in the small Slovenian town of Dobrovo, a few steps from the Italian-Slovenian border. The business, founded in the dark times of the first post-war period, initially only produced low-priced bulk wines due to the impossibility of being able to sell bottles to individuals. We are in the magical land of the Collio Goriziano (translated "Brda" in Slovenian), in that patch of land enclosed between the last white masses of the Alps, to the north, and the deep blue of the Adriatic Sea, to the south. A rich and ancient territory, where today green expanses of woods and meadows dominate that mix with the yellow-brown sandstone marls that emerge from the earth, but which once was submerged by the prehistoric sea. When the latter withdrew, it left its trace in the land, through minerals, Eocene rocks (called flysch) and marine fossils such as Assilina Medanicam, which takes its name from the village of Medana, right where the Klinec reality stands, today also a farm and run since 1993 by Aleks Klinec and his wife Simona. Aleks is an intelligent and sensitive person, he knows several languages ​​and deeply loves to produce wine because he considers it the instrument of the earth with which it is possible to "transmit emotions". Klinec uses organic farming methods and follows Michel Barbaud's principles of biodynamics. The compounds he uses for fertilization come from manure, grasses and hay from his land. A courageous and respectful choice that of Aleks who repays him through spontaneous liquids, of great expressiveness and outside the box. The vines, caressed by the sea breezes and rooted in a healthy soil rich in wild herbs, stand out from the gentle hills at 150-180 meters above sea level and are organized in 6.5 hectares, divided into nine plots. The cultivated varieties are Ribolla Gialla (locally “Rebula”), Friulano (called “Jakot”), Istrian Malvasia, Pinot Grigio, Verduzzo Friulano, Merlot and Cabernet Sauvignon. In the cellar the must, coming from the pressing of hand-picked and selected grapes, ferments spontaneously with indigenous yeasts and macerates on the skins in concrete tanks. Aging takes place in wooden barrels (acacia and mulberry for the whites, cherry and oak for the reds) from 2 to 3 years. Bottling takes place without invasive processes, such as filtration or clarification, and with a minimal addition of sulphites. Klinec wines dust off the genuine and ancient side of wines made as they once were. Macerated whites and reds not for everyone, deep and decidedly territorial, characterized by a raw freshness, a saline base, a typically mineral tone and a richness of ripe fruit. At times there is also a slight volatile note that proceeds balanced between the many facets that give every sip. Pulsating bottles, lively and radiant, speak Slovenian with an Italian accent. 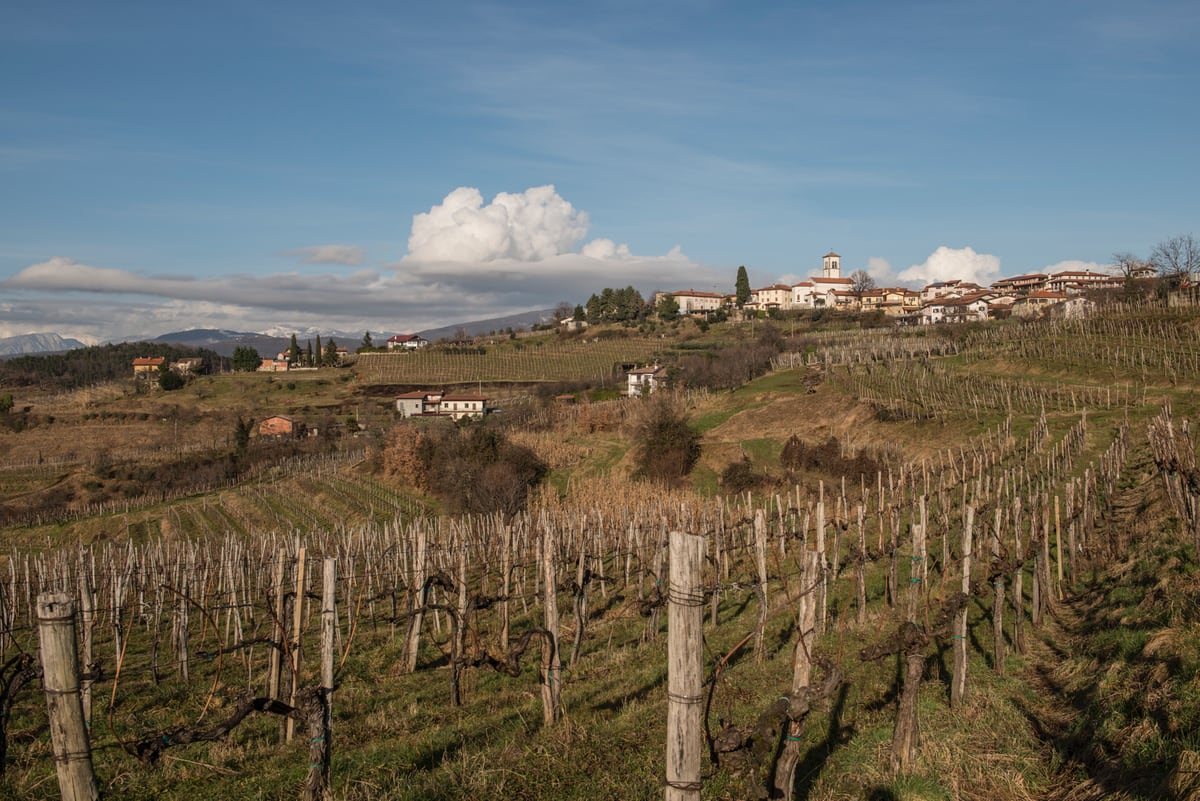 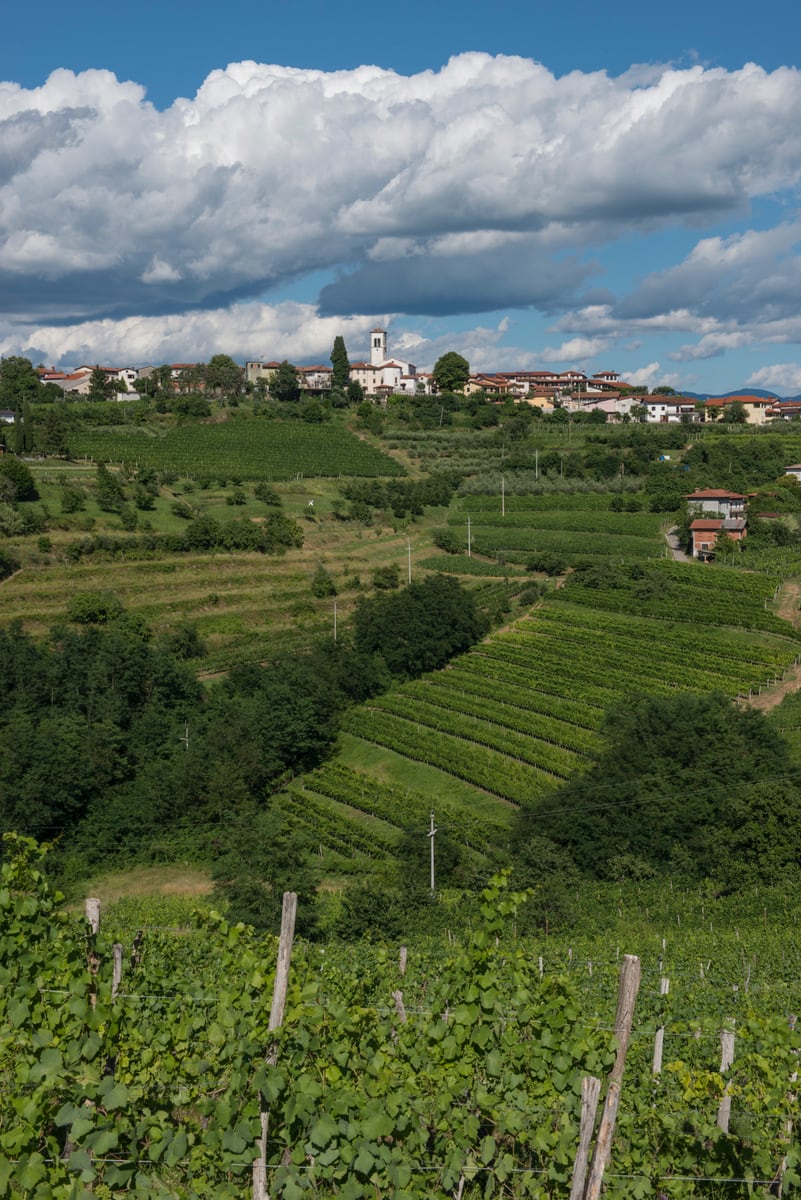 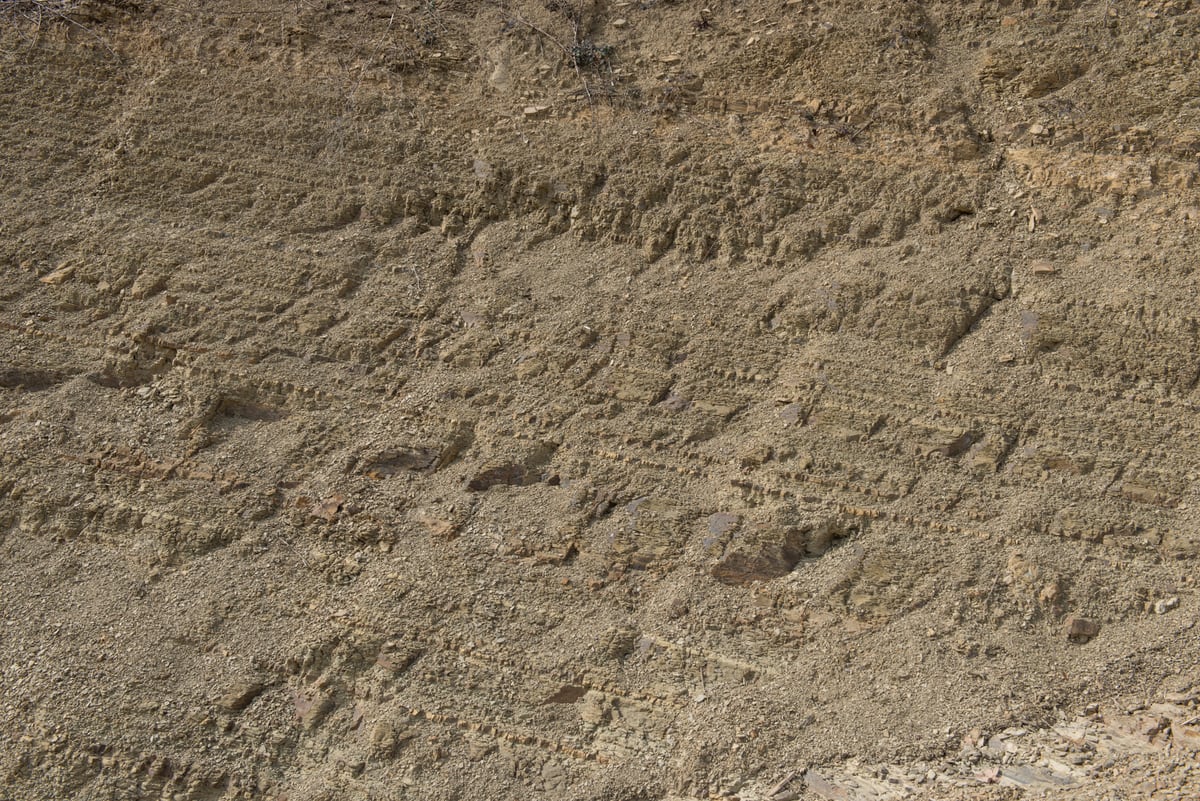 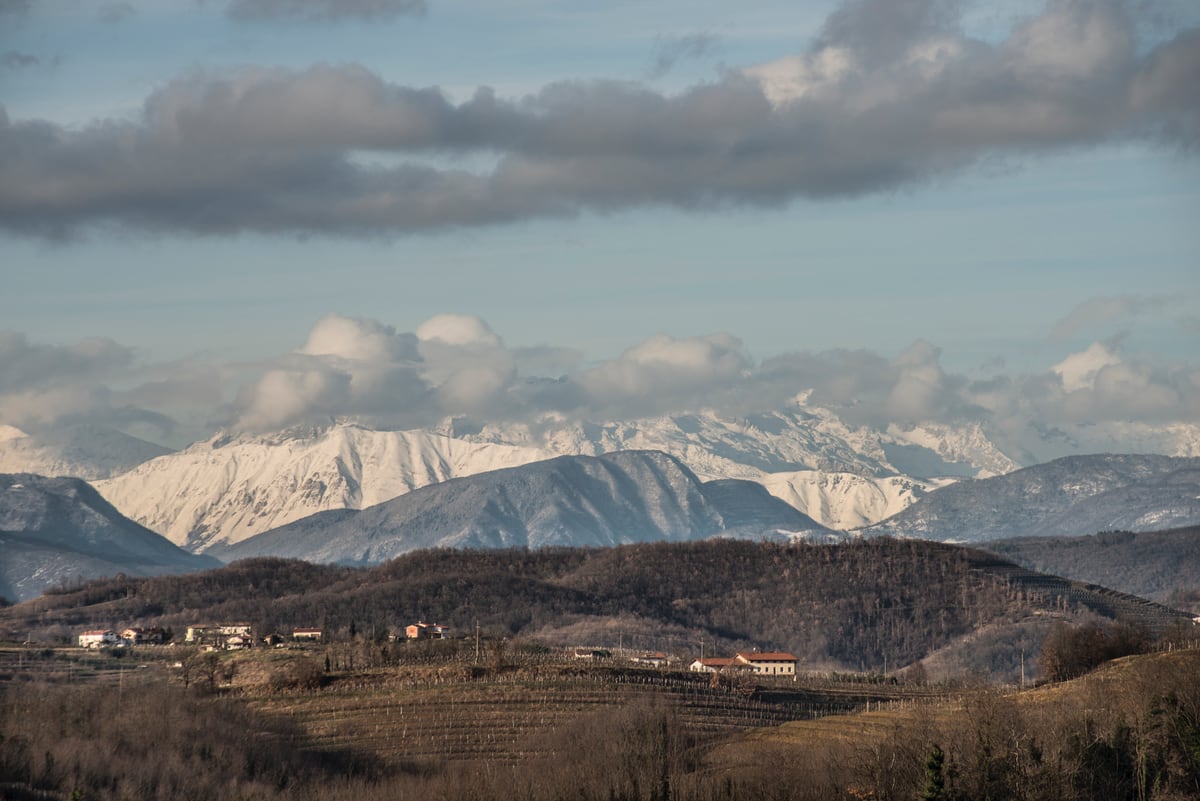 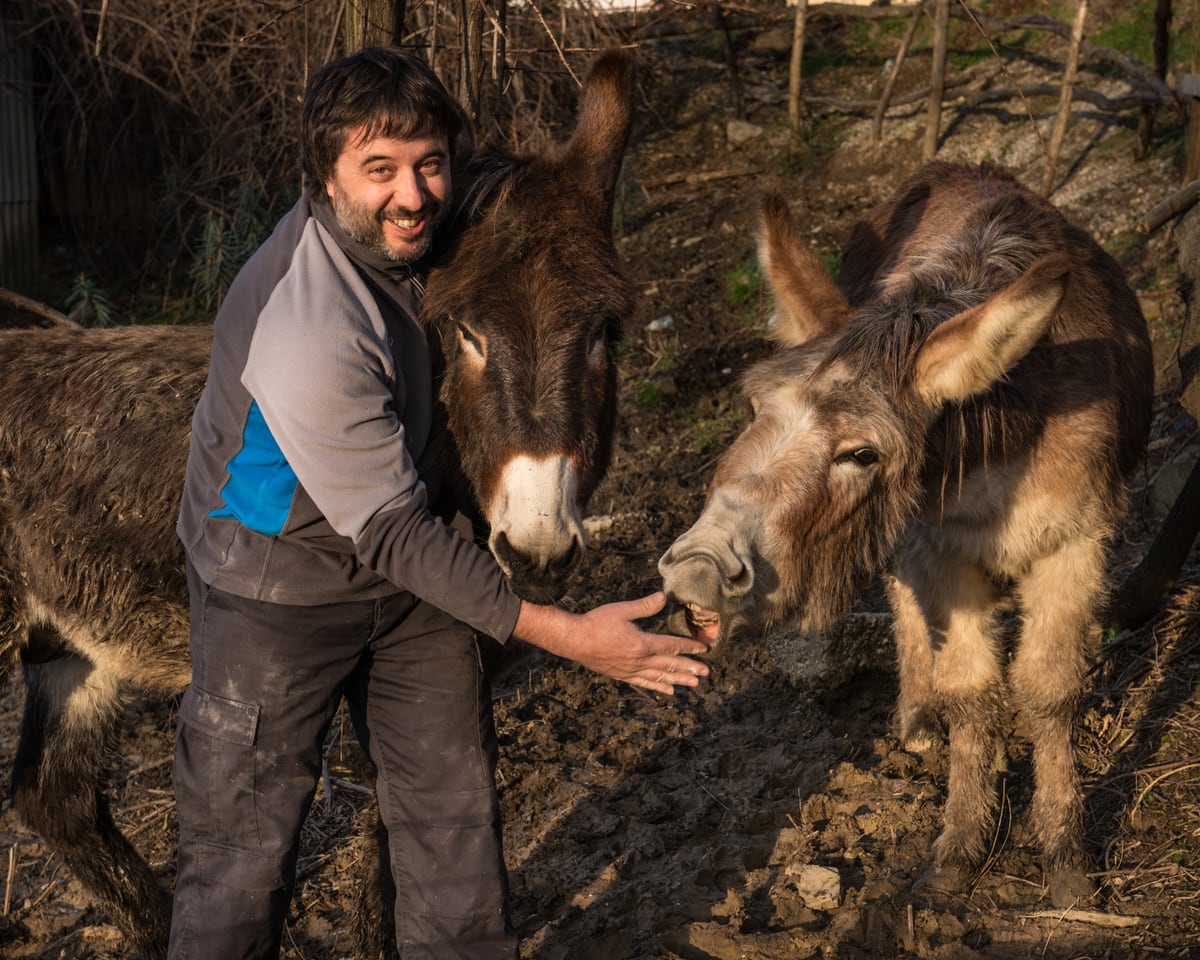 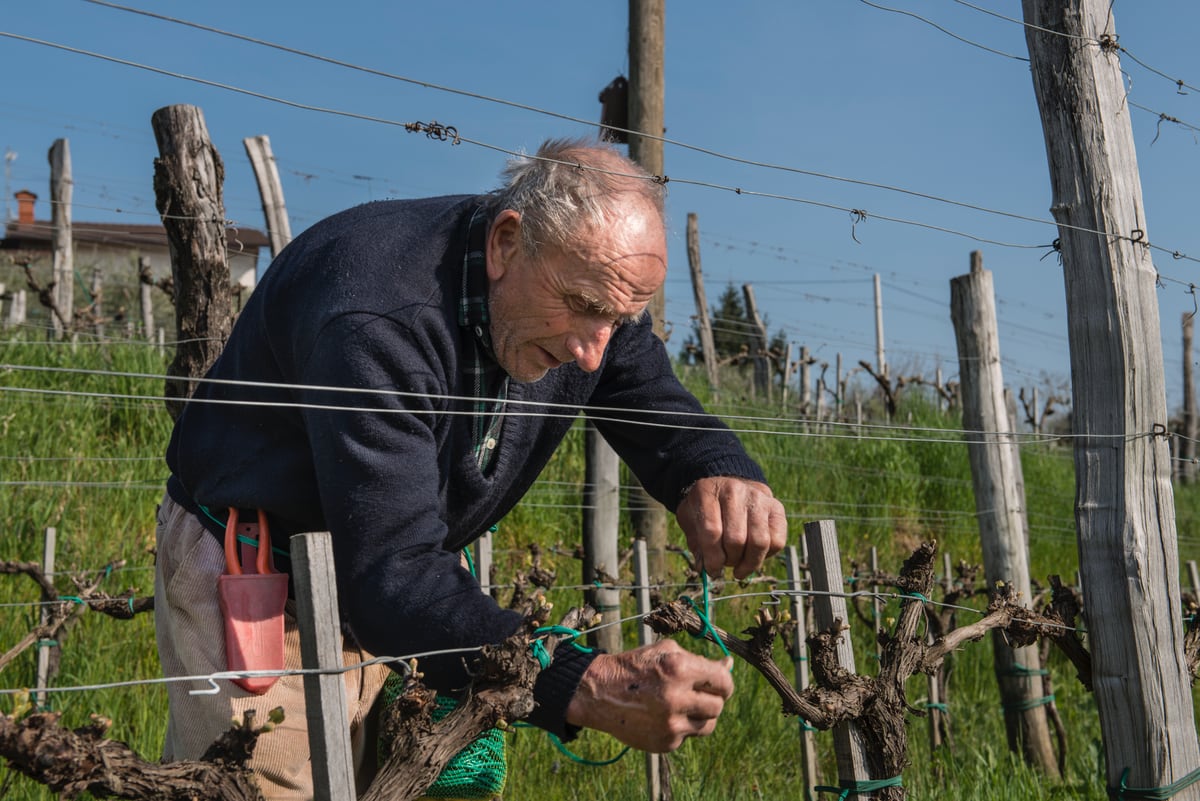 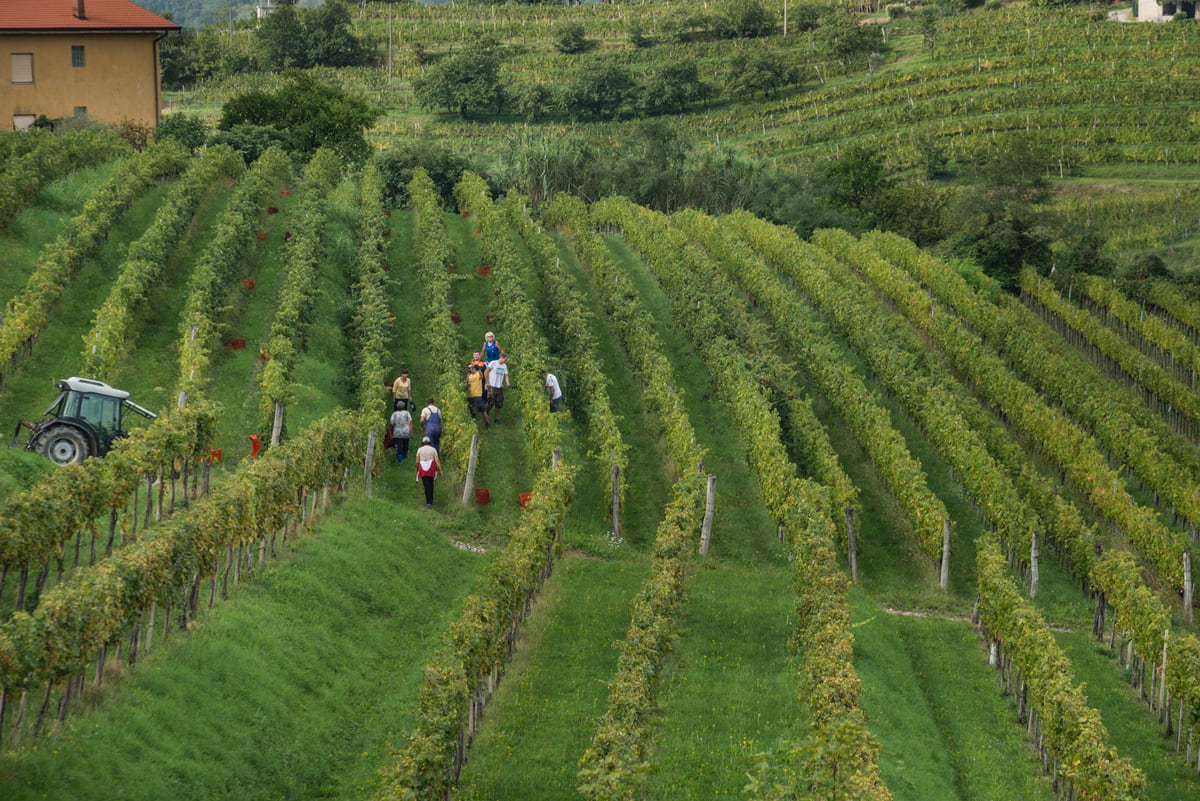 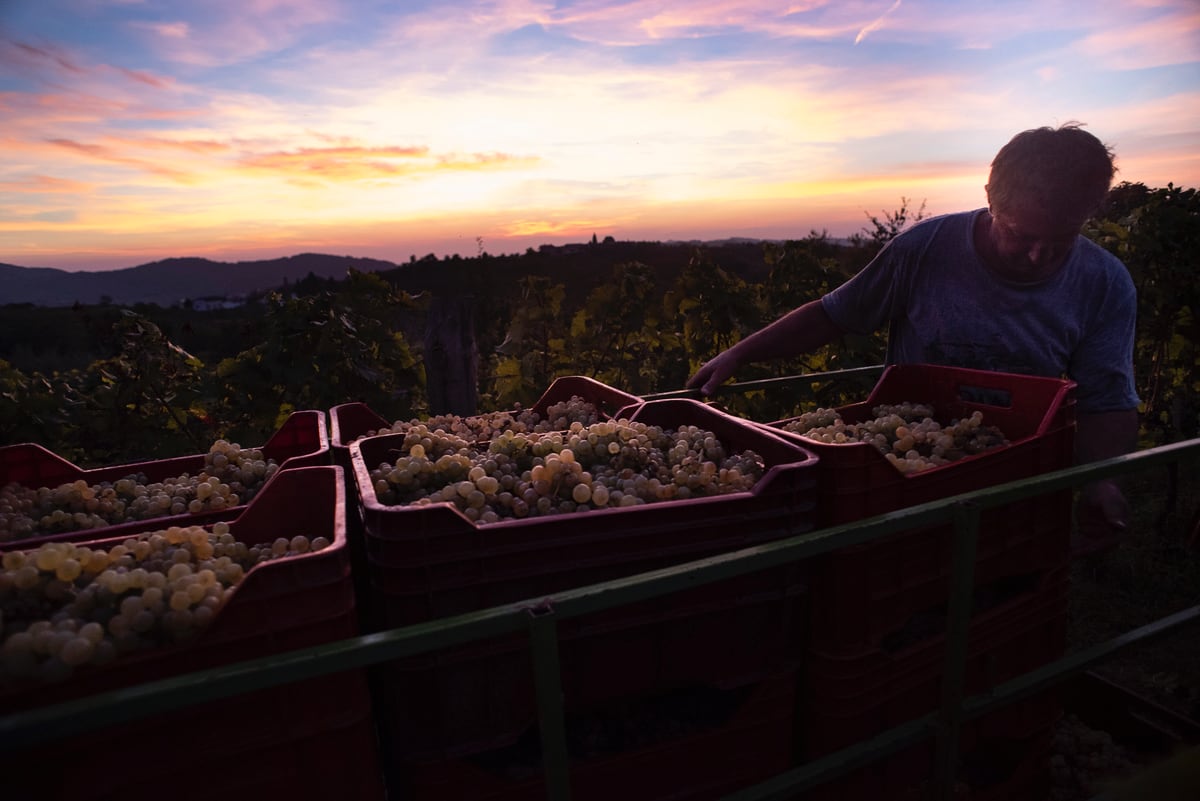 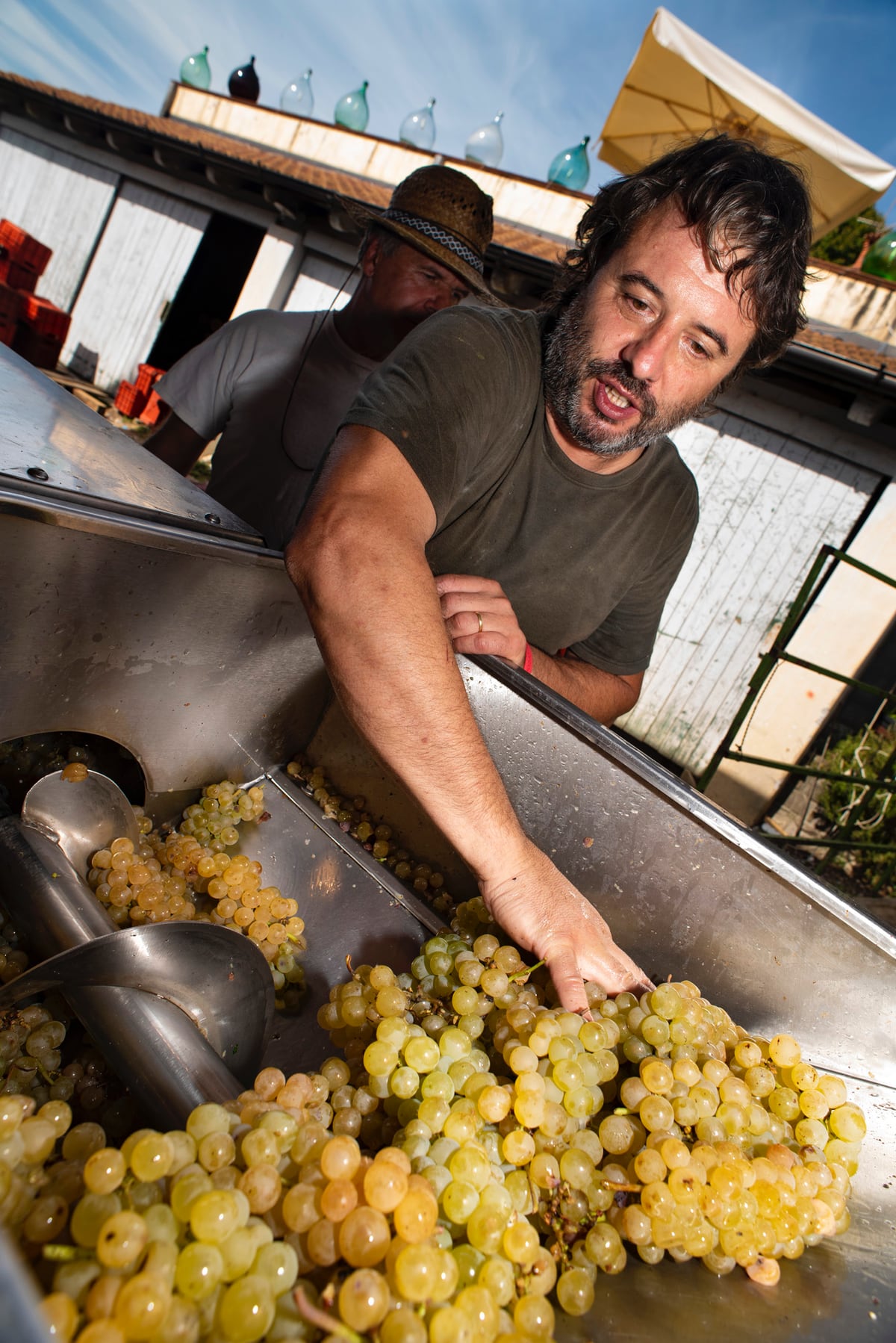 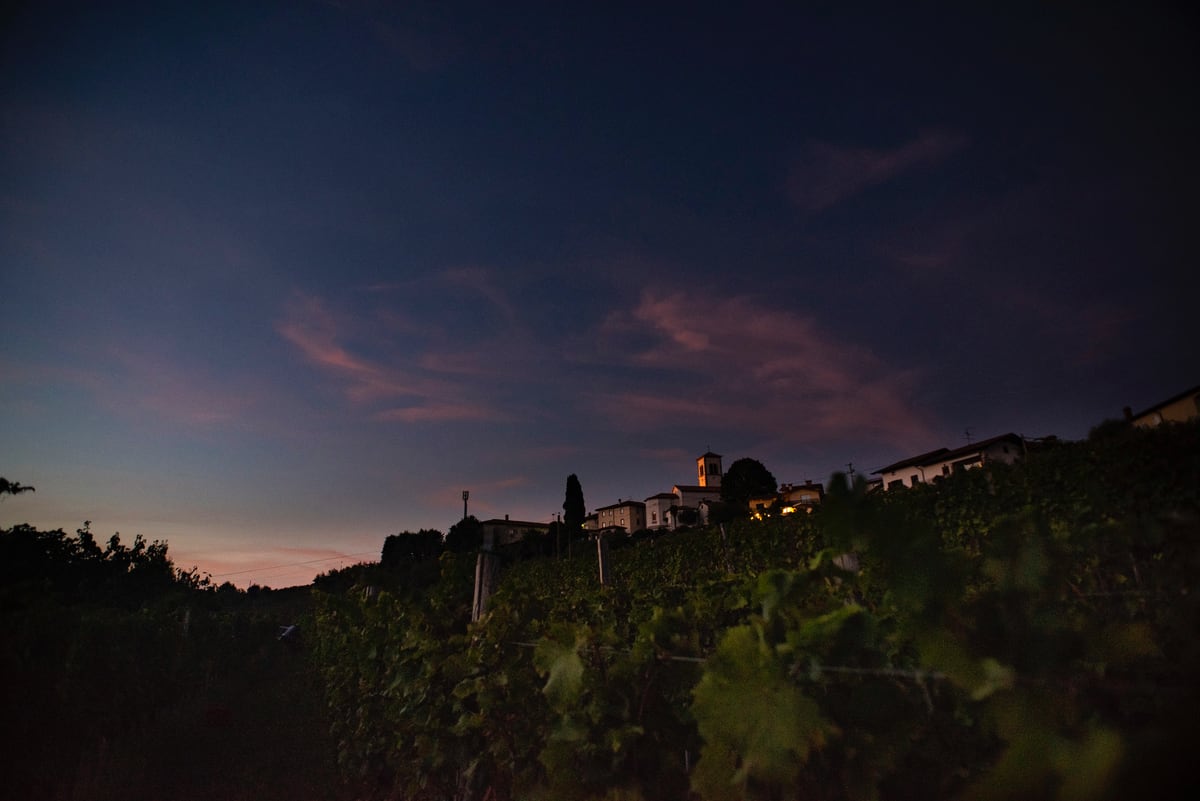 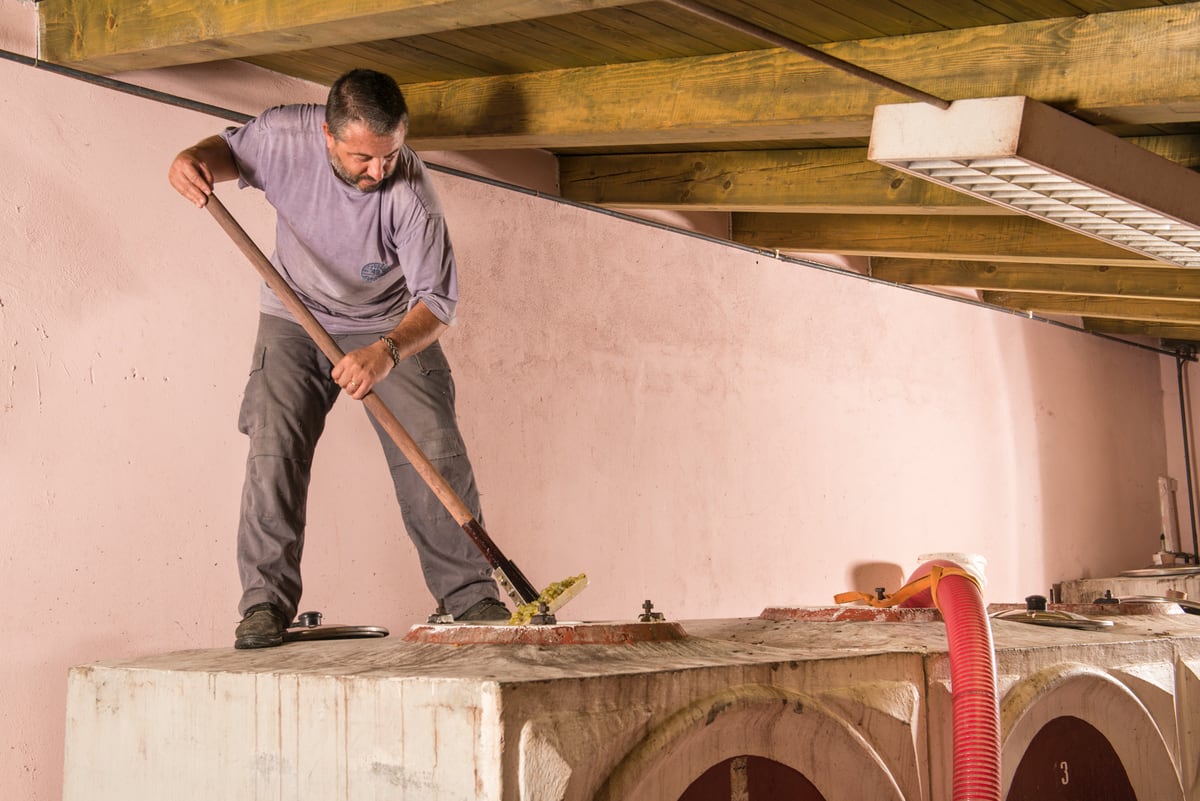 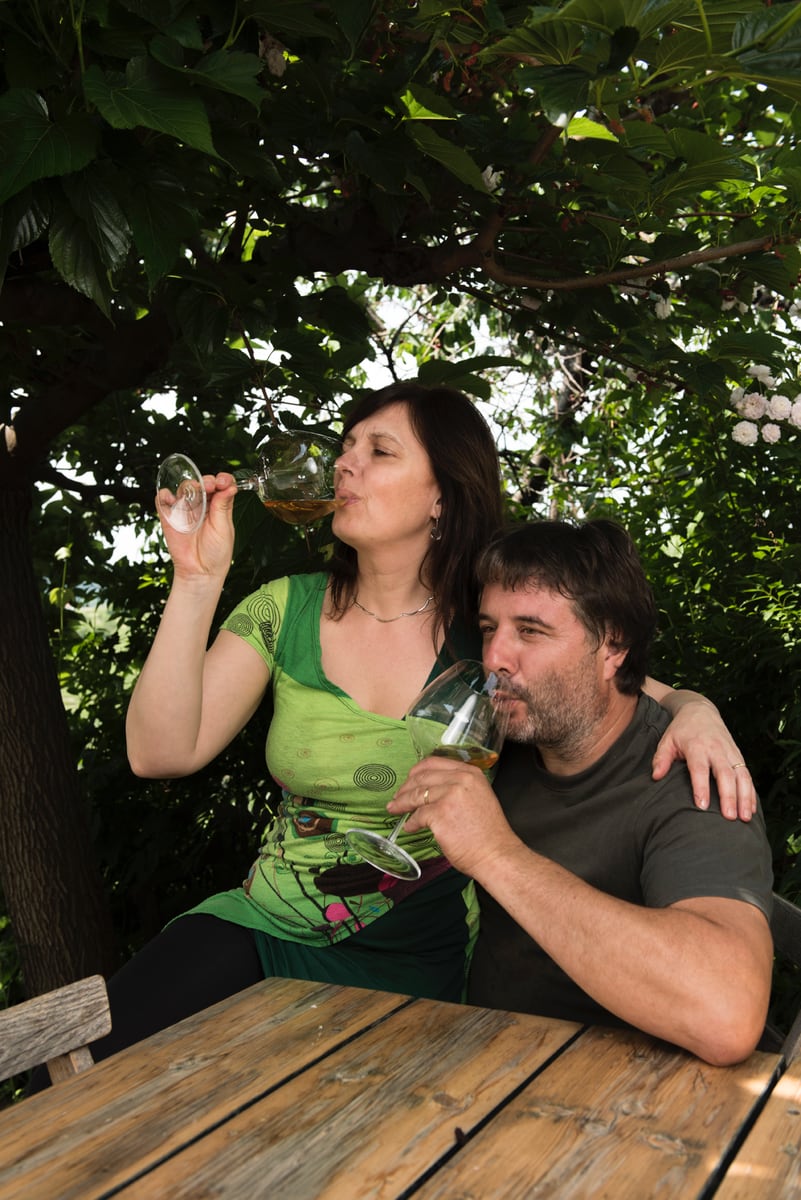 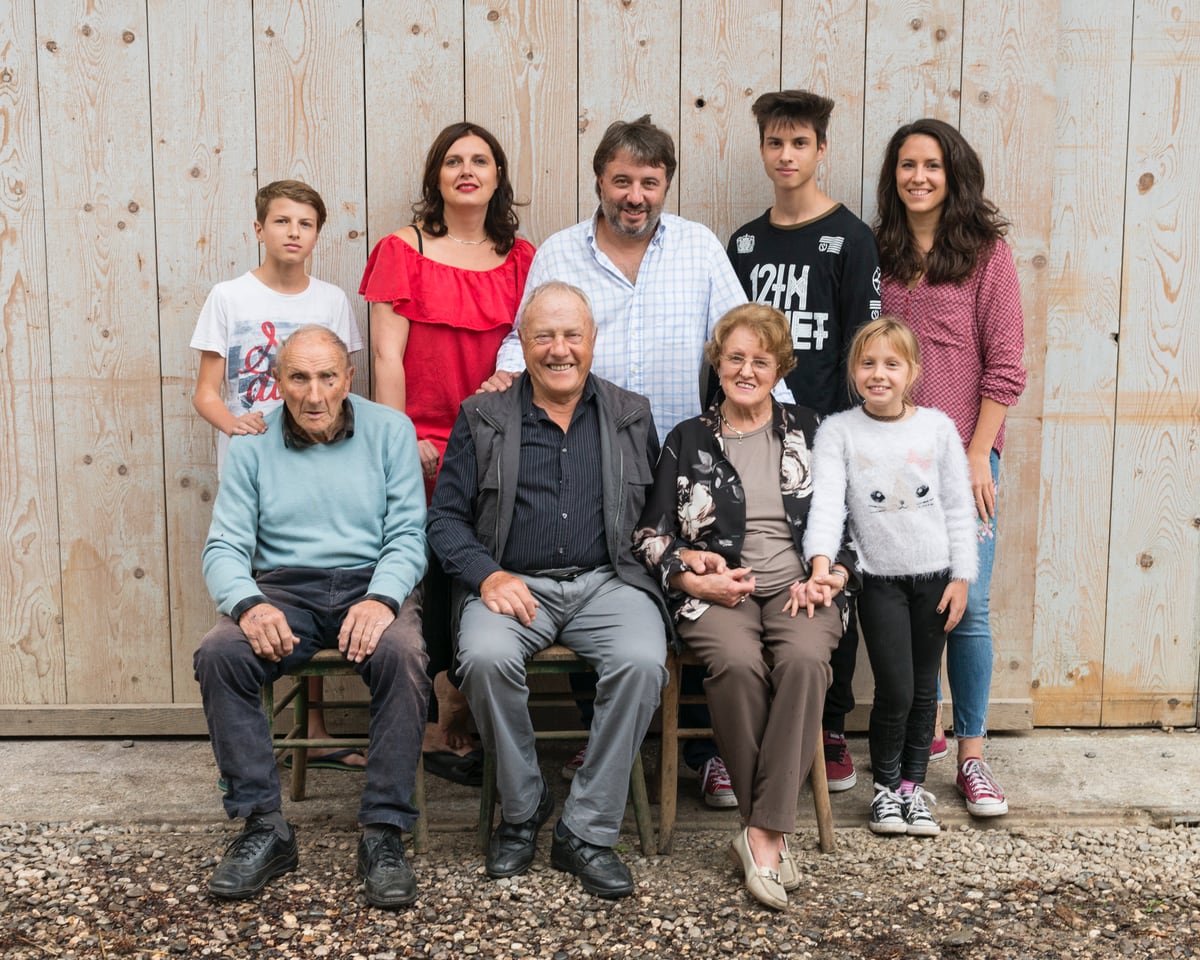 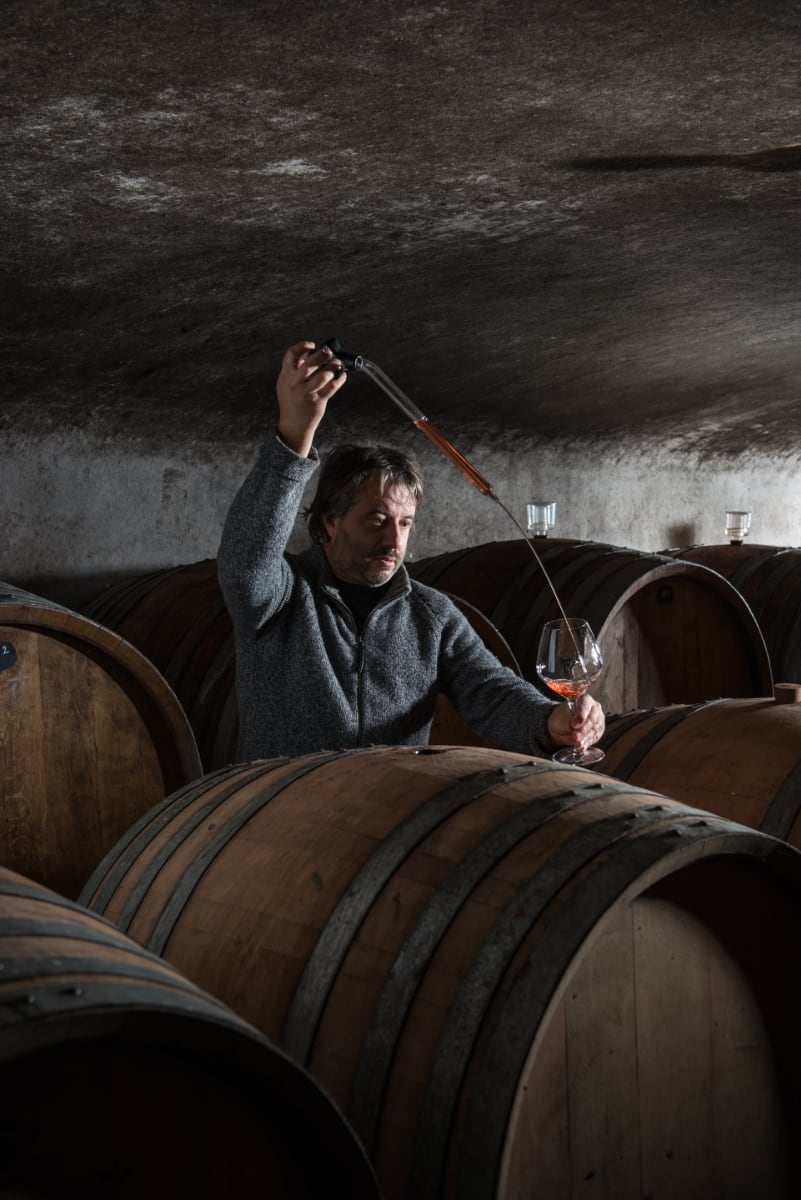 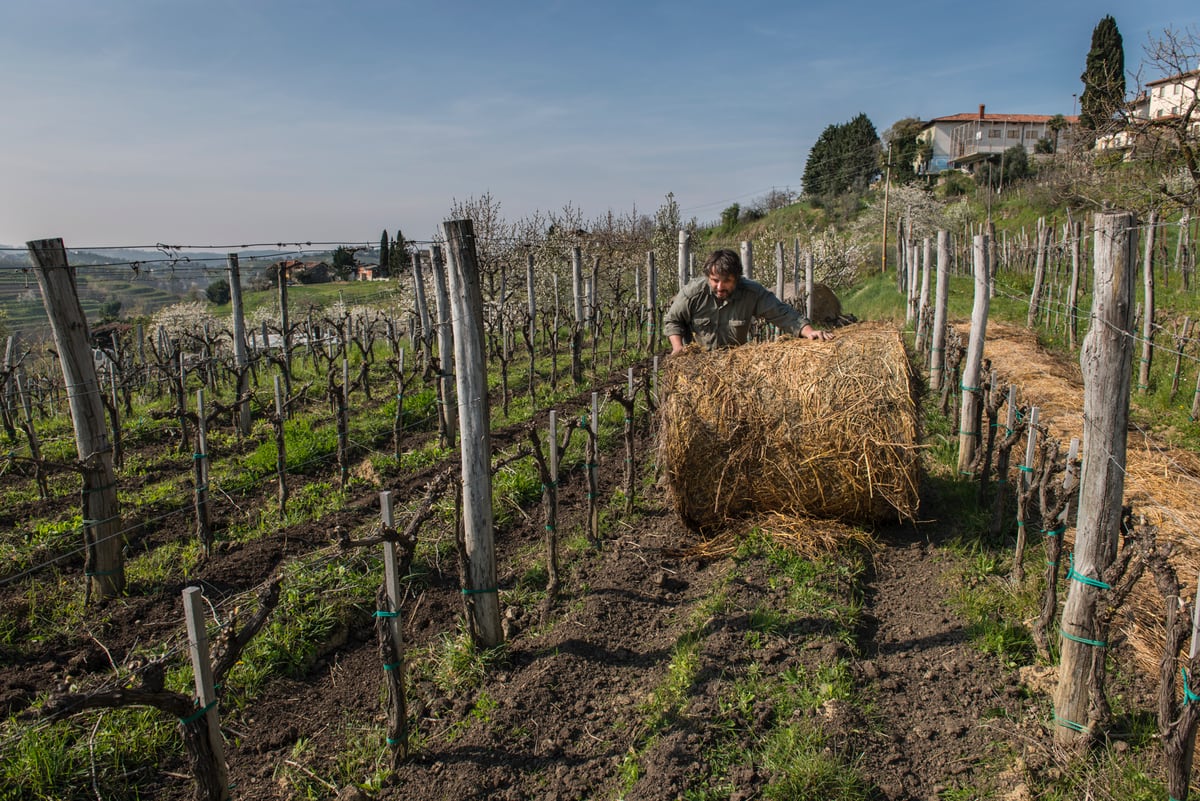