Another discovery thanks to Christian Bucci. Bucci called me one day in 2012 (ish) and just said; “I found a Franciacorta you HAVE to taste… do you have one in the book yet?” I hadn’t yet found a Franciacorta that I liked… and so I jumped at the occasion. Fabrizio and I jumped in the car to go visit Giovanni Arcari at their cellar (it was before children so we could fly by the seat of our wine pants). Seeing that Fabrizio deems himself a sort of Italian version of ’The Dude,’ an immediate friendship was formed after 15 minutes together realizing that they both fancied themselves very ‘dude’ like. On a vintage velvet couch in the middle of their bottle aging cellar, with a candle and wine glass laden coffee table Giovanni told us his story. He explained the road to his visionary method ‘Solo Uva,’ of producing Franciacorta. He spoke about his dreams of making this the way forward for a more natural way of producing not only Franciacorta, but beyond. We popped bottle after bottle… and when we finally came out of the ‘dude’ wine cave for a lunch, squinting and laughing and close to stumbling; a happy group of wine derelicts, there was no going back. A long lunch, more bottles, and more stories we hugged it out; and we have been re-living that same situation with Giovanni at least once a year here at Cascina or back at his wine-man-cave ever since. Giovanni and Nico have since consulted for many of our friends producing a second fermentation wine with their Solo Uva method, including our own Vignale di Cecilia.

L'Azienda Agricola Arcari + Danesi was born in 2006 from an idea developed 10 years earlier by Giovanni Arcari and Nico Danesi.
Friends since childhood, Giovanni and Nico have always worked in the world of wine, the former as a trader, the latter as an oenologist, both startuppers of wineries.
The cellar has always been their dream that has finally come true.
Together they developed the method Solo Uva…

SoloUva is a method whereby classic-method sparkling wines are produced without the traditional addition of cane sugar to provoke fermentation or to top up the bottle before the wine is released.

Instead, reserved grape must is used. Grapes alone go into the wines. As a result, the wines are a pure expression of the terroir where they are produced, not least of all because nothing extraneous is added to the wine.
The winery Arcari + Danesi is located in the municipality of Coccaglio, on top of Montorfano, the relief that delimits Franciacorta to the south.
The spaces of the company are completely excavated inside the hill and are entirely built with the rock extracted during the excavations. These are very particular rocks, created by millenary sediments, which are found only in this area of Franciacorta.
Montorfano, a hill of more ancient and tectonic origin than the other Franciacorta hills of morainic origin, has a ferrous and red soil that characterizes the wines with a lot of minerality.
The external square and the terraced vineyards that surround the cellar face south, towards the Po Valley, a small patch of land, which on clear days lets you see the Apennines quietly. 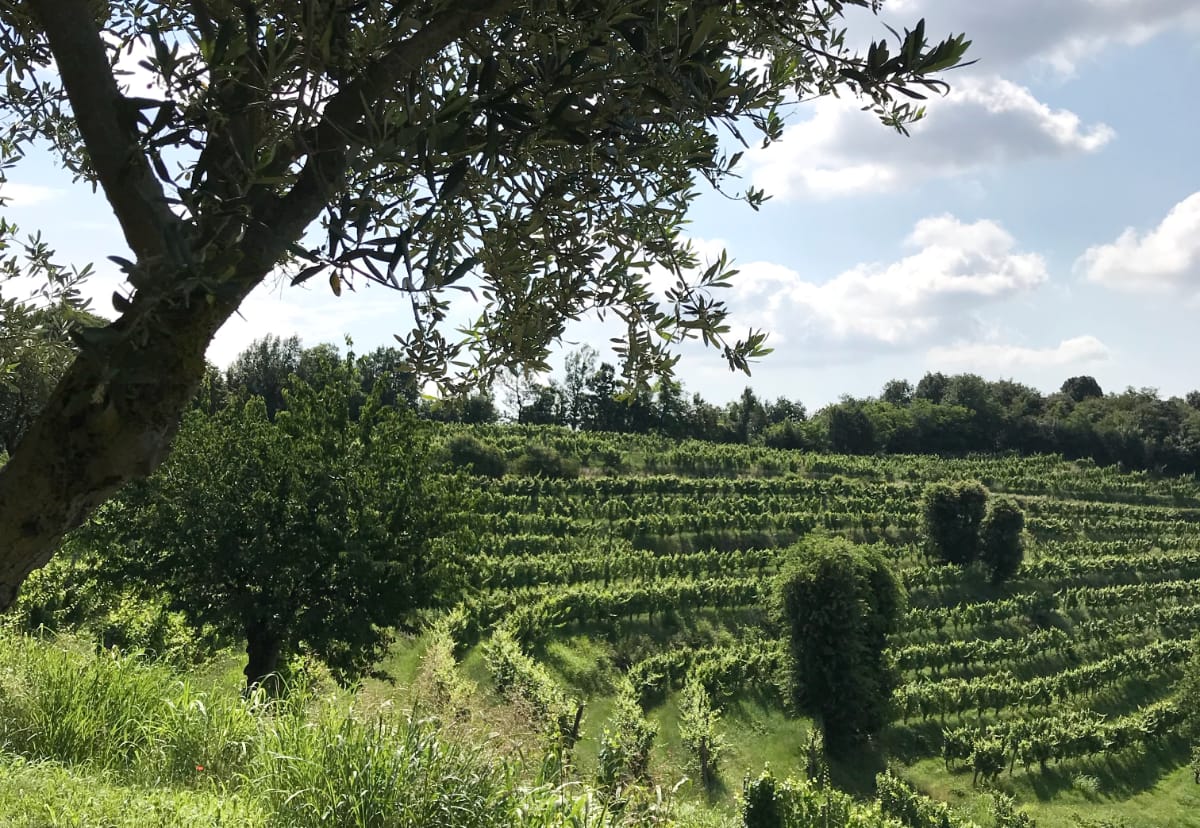 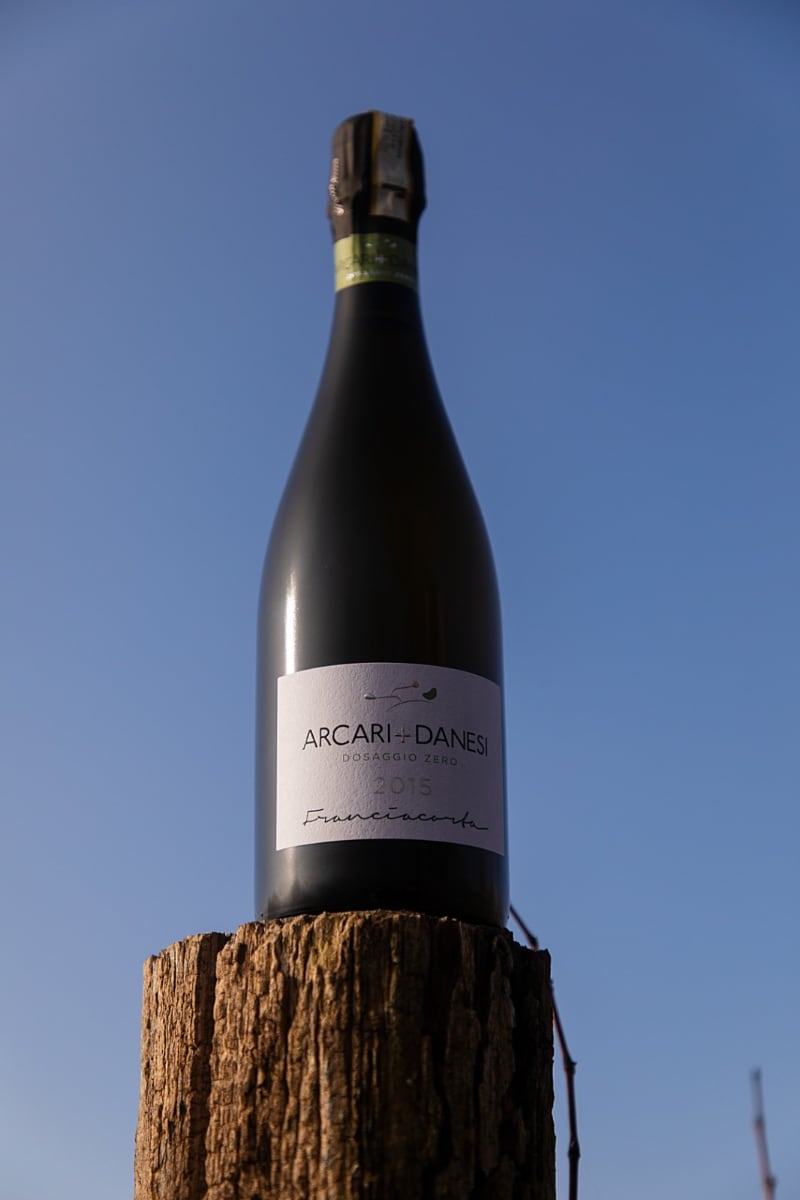 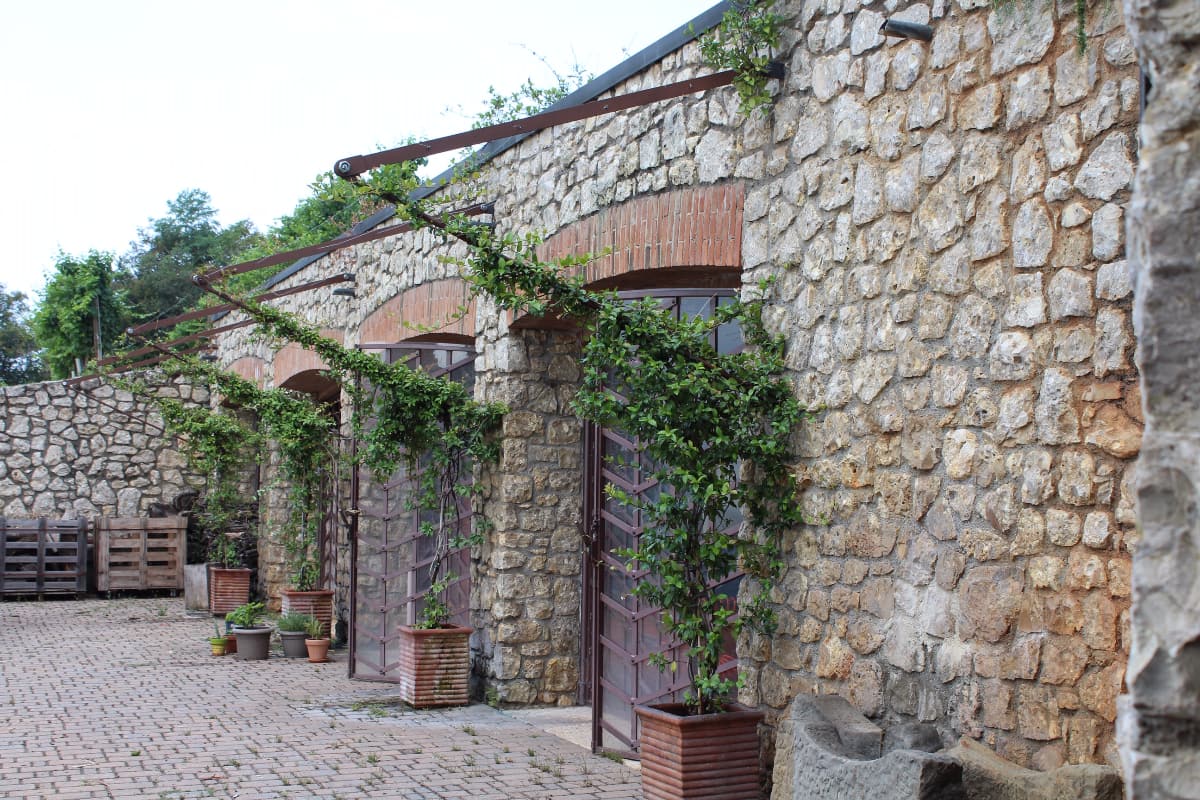 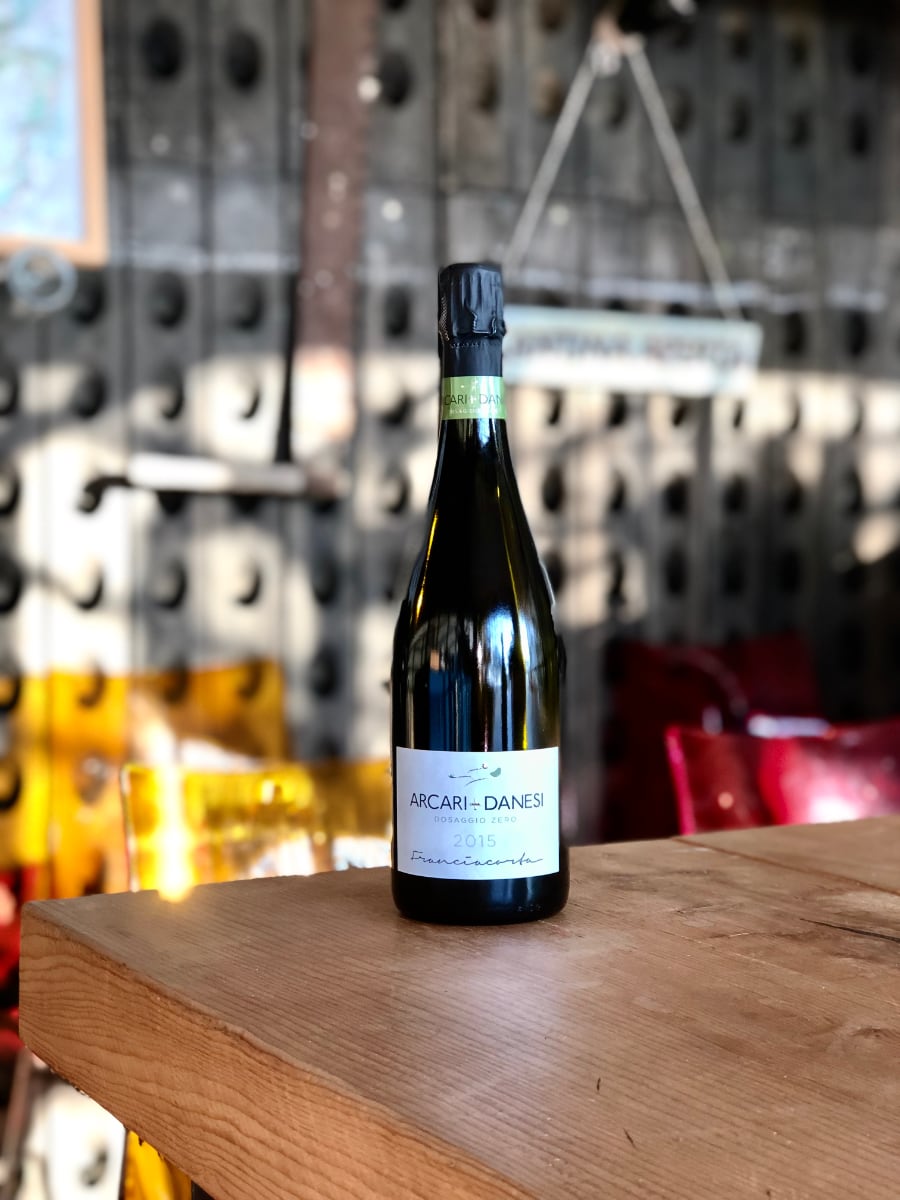 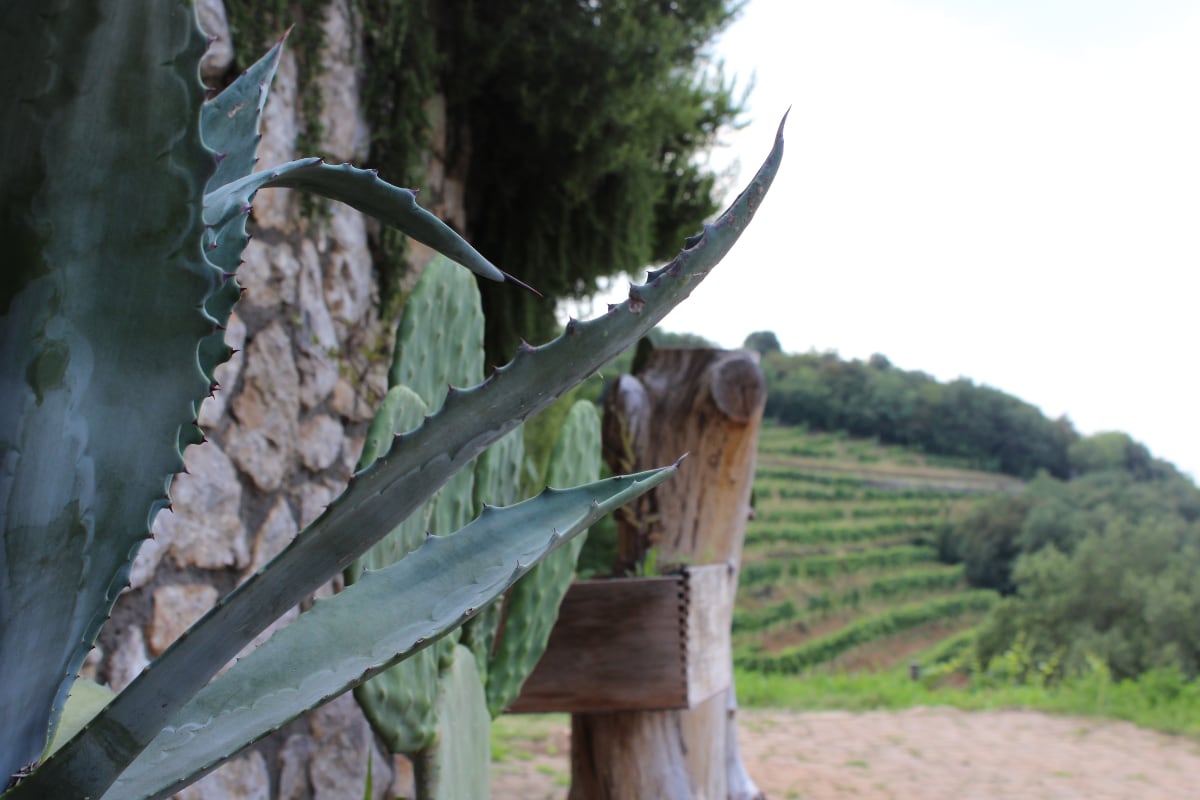